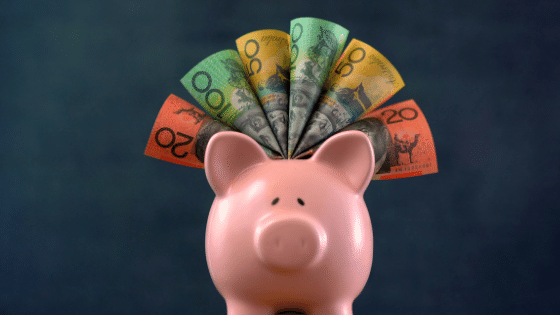 As a finance expert I am often writing about the costs of the lazy tax and the savings we stand to make by shopping around. Despite this, I too am guilty of the occasional slip up and still remain surprised as to how much we stand to save by making a few phone calls, and checking whether we are still making the most of our existing purchases.

If you can’t remember the last time you renegotiated your bills, you are not alone. Studies have repeatedly found that the majority of Australians don’t switch their service providers.

Take for example a study by comparison site Mozo that found that despite standing to save over $1,000 a year on their energy bills, only 25% of those surveyed said they would switch providers or negotiate a better deal, with the remainder choosing instead to put up with the cost or cut back on their energy usage.

Heritage Bank research found that 70% of mortgage holders hadn’t refinanced their loan in the past 5 years. The main reasons being that it took too much time and effort to do so.

So, what is going on then?

Well, as it turns out, studies into human psychology have found that we have a natural preference for sticking with the status quo and a dislike of making decisions, which goes a long way to explaining why most of us don’t often switch providers!

What this means is that if you want to get better with your money, it is going to take a conscious effort on your part to make some changes – starting with getting in the habit of shopping around on your bills.

Don’t worry, it is not as hard as it sounds and trust me, when you start to see the savings rolling in, you are going to be extra motivated to do it more often!

Granted, I did end up spending a good three hours on the phone shopping around, but I think you will agree the savings were worth it!

Private Health Insurance (saving $3,500)
First up was our private health insurance (hospital and extras). I took a look at our claims history, and realised we were essentially paying $1500 a year in premiums for extras to get back $400-$500 a year. For us, it simply wasn’t worth keeping it.

I also realised that we could afford to drop our hospital cover down from Mid to Basic hospital cover. While it meant we lost cover for IVF, Gastric banding, hip replacement and cataracts, given our age and the fact that we just had our last baby, this really wasn’t going to impact us.

Total saving by reducing our level of cover and increasing the excess – $3,500 in 12 months!

Phone plan (Saving $240)
A quick search online and I was able to find a new prepaid deal for $20 a month less. Every little bit helps!

Energy bills (Saving $1,000)
By switching our energy providers, and splitting our gas and electricity across two companies, we ended up saving $1,000 over the space of 12 months.

Home and Contents Insurance (Saving $1,300)
This one really floored me the most. When we first joined our insurance provider, for a long time they were by far the most competitive around, and this meant that we got a little complacent with comparing quotes for a couple of years. You can imagine my shock after I rang an equally reputable company to find our monthly home and contents premiums dropping from $192 to $77 a month for the exact same cover!

As I was on maternity leave, I knew we wouldn’t qualify to refinance, but that didn’t mean that there was nothing we could do. One, albeit lengthy, call to our bank, and our rate dropped from 4.2 to 3.79!

Usually when a baby is on the way, most couples are upgrading their cars, not looking at downsizing to one car, but that was exactly what we did!

If your first reaction to this idea is to gasp in horror, you are not alone! My husband and I initially thought that this was impossible too! But I have to say, once we focused on the benefits we realised it was completely doable.

Even with me often giving my husband a lift to or from work, we still managed to save over $4,000 a year by not having to pay for parking, insurance, rego and maintenance on a second car.

Not to mention that if we were still using my husband’s car, we would have probably spent an extra few hundred dollars buying a spare car seat as well.

If you really feel you can’t do without the second car, try taking a look at what your cars cost to run. Often by switching to a smaller and more economical car, you can stand to save just as much.

Our food spend without a doubt remains our biggest struggle. As a busy couple with demanding jobs and two kids, we have often been guilty of resorting to takeaway meals only to throw out our unused groceries. In fact, Foodwise Australia estimates the average household throws out a good $1,000 a year worth of food. By shopping more often at Aldi, making better use of our slow cooker and cooking in bulk, and buying one less takeaway dinner a week, we were able to cut back our food spend by $100 a week, which has really added up!

There is no doubt that with kids also comes clutter. So I went around the house and decided to get rid of anything we were no longer using. I sold our large outdoor entertainment setting and dining table, gadgets and old phones, my pre-baby work clothes I was probably never going to wear again, and baby items that our babies had now outgrown. Without a lot of effort on my part, we had more space in the home and more money in the bank!

So there you have it, over $18,000 a year in savings coming from bills and “necessities” that we were paying for because we could afford to, but really we could do without just as easily.

If you find yourself thinking your budget is already stretched to the max, or that shopping around is not worth the effort, I strongly encourage you to challenge your thinking and put it to the test. You may find that you are already saving as much as possible, but you also may be surprised at what hidden savings you were able to find!

If you would like to learn more about managing your money and how you can put these newfound savings to work for you, check out my new book Wonder Woman’s Guide to Money.